If you talk with Diné chef Josh Nez for any amount of time, he’ll mention his daughters. They’re the reason he cooks. He’ll also throw in some Navajo language translations for “corn,” “salt” or “grandma.” Nez is a cook at the Pueblo Harvest Café in Albuquerque who got his start as a dishwasher. In this episode, we talk about mutton, the first thing he ever cooked and the best way to prepare prairie dogs.

All photos by Andi Murphy 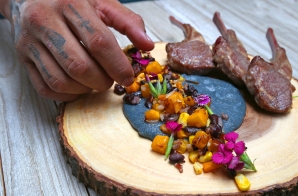 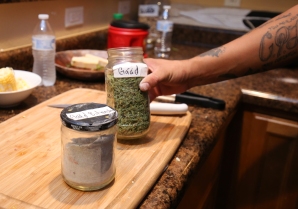 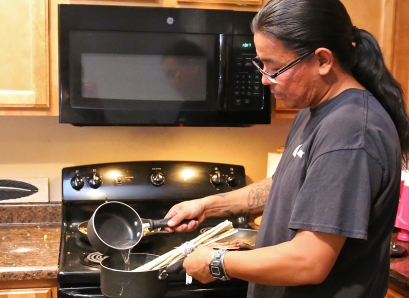 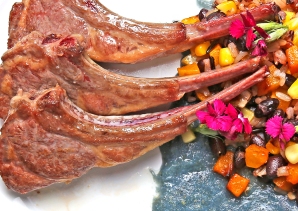 Steaks for the family on Tuesday night (Andi Murphy photo).

Nez’ daughters get a nice plate, too (Andi Murphy photo).